"Words" is a short animated film made with Autodesk Maya. The dance is motion captured. We made this for CMU's Animation Art and Technology Course's semester-long project in spring 2014.

A girl ballet dances to a Chopin Nocturne in the spotlight. As she continues, phrases of praise swim around her. But as time goes on, the comments turn vicious. She carries on despite the violent attacks, but eventually she is overwhelmed and devoured.

All phrases are pulled from the Youtube comments section, some of which are vulgar and obscene. 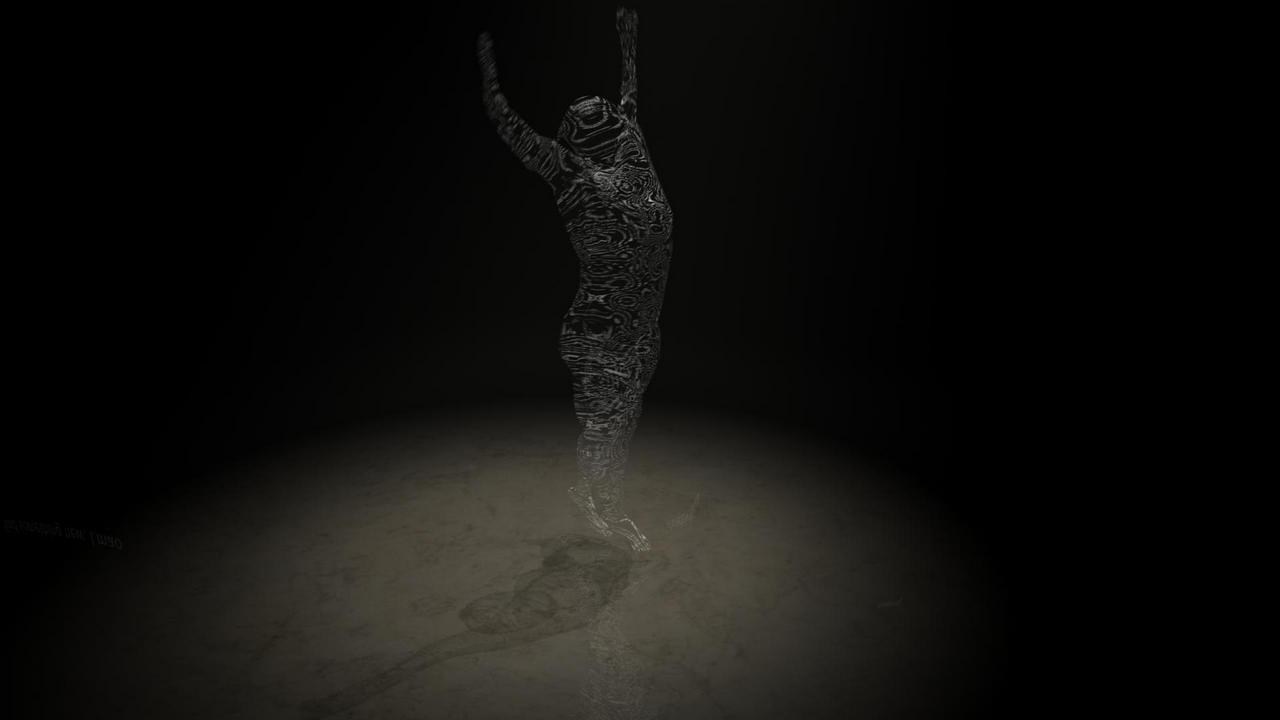 The dance is motion captured

I worked in a team with two artists and a choreographer. I came up with the initial storyboard. Next, I enlisted an outside choreographer, and took part in her motion capture process. I then proceeded to rig and skin our 3D model to the data. I organized the file structure of our repository, discussed techniques and visuals with my teammates, and divided the tasks accordingly. I also performed tedious jobs, such as creating textures for all of our phrases, in order to minimize the strain on our artists. Finally, I research and executed the rendering our animation, which took 3 consecutive days and at one point, up to 17 computers running simultaneously. Finally, I made the website and the animatics which records our progress. 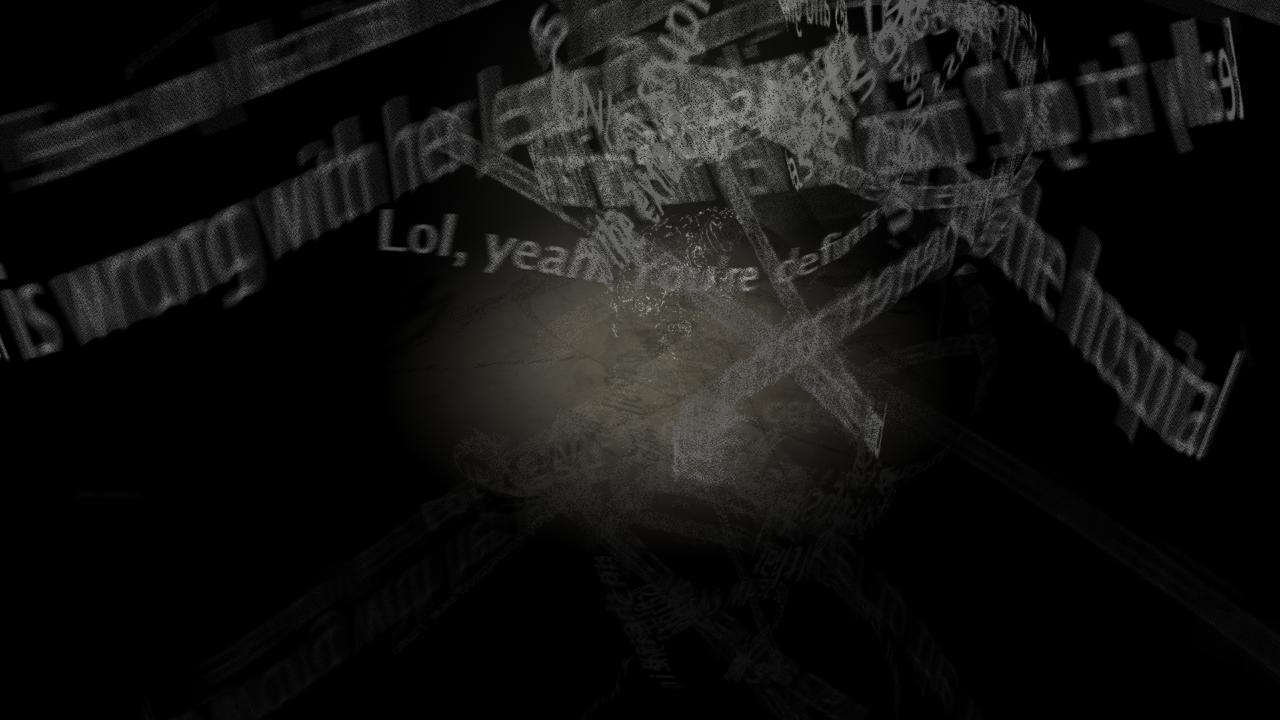 The dancer is overwhelmed by attacking comments

My biggest takeaway is the experience of going through the entire animation pipeline, starting from just a concept, to research, storyboard, models, animations, rendering, post production, and eventually the final product. Along the way, I learned to think like artists in order to better communicate with my teammates, but at the same time I applied the CS discipline to organize and work efficiently. I also realized the importance of networking, which connected me with my choreographer, who had nothing to do with the class. Fourthly, I learned to promote healthy relationships with teammates who I was with for an entire semester, which I achieved through actions such as cooking for them. Finally, I became much more familiar with the behemoth known as Autodesk Maya.