Each one of the following games was created as a weekly experimentation/prototype on a different intellectual or emotional idea. After researching and understanding each idea, I would brainstorm mechanics that somehow ties in to the idea, and then prototype the game in Unity.

In this experiment, I tried to capture landscapes and feelings of my recurring dreams. They tend to focus on gigantic artificial structures, and generally I feel a sense of loneliness and being lost. I decided to capture this via the visual designs of the environment, which is gray and overwhelming, and combine this with a walking simulator, because in my dreams all I can do is continue moving, never stopping to interact with whatever is near me. 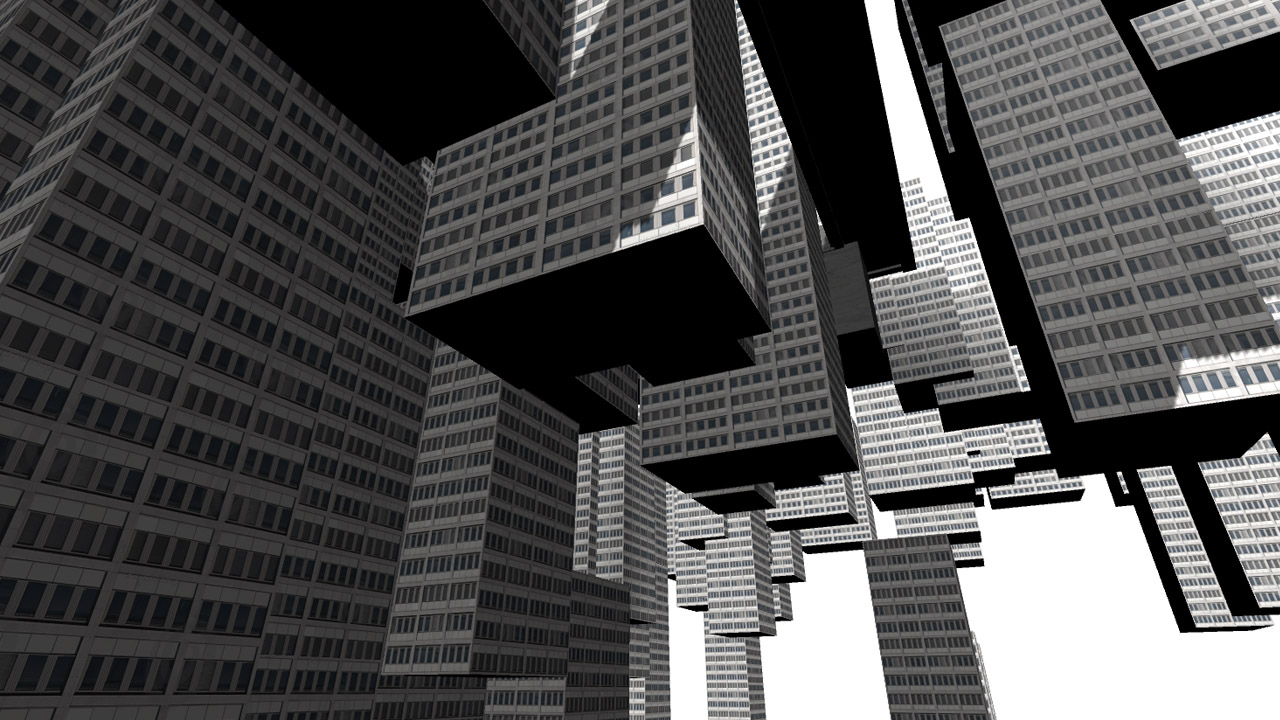 Cold and lonely artificial structures of my recurring dreams.

I created this game to capture the overwhelming need of multitasking in our modern culture. Tasks balloon up over time, and the player has to type the task out to get it away (so that the players are forced to read the task each time they perform it). A stress meter fills up at the top if the screen is covered with tasks. 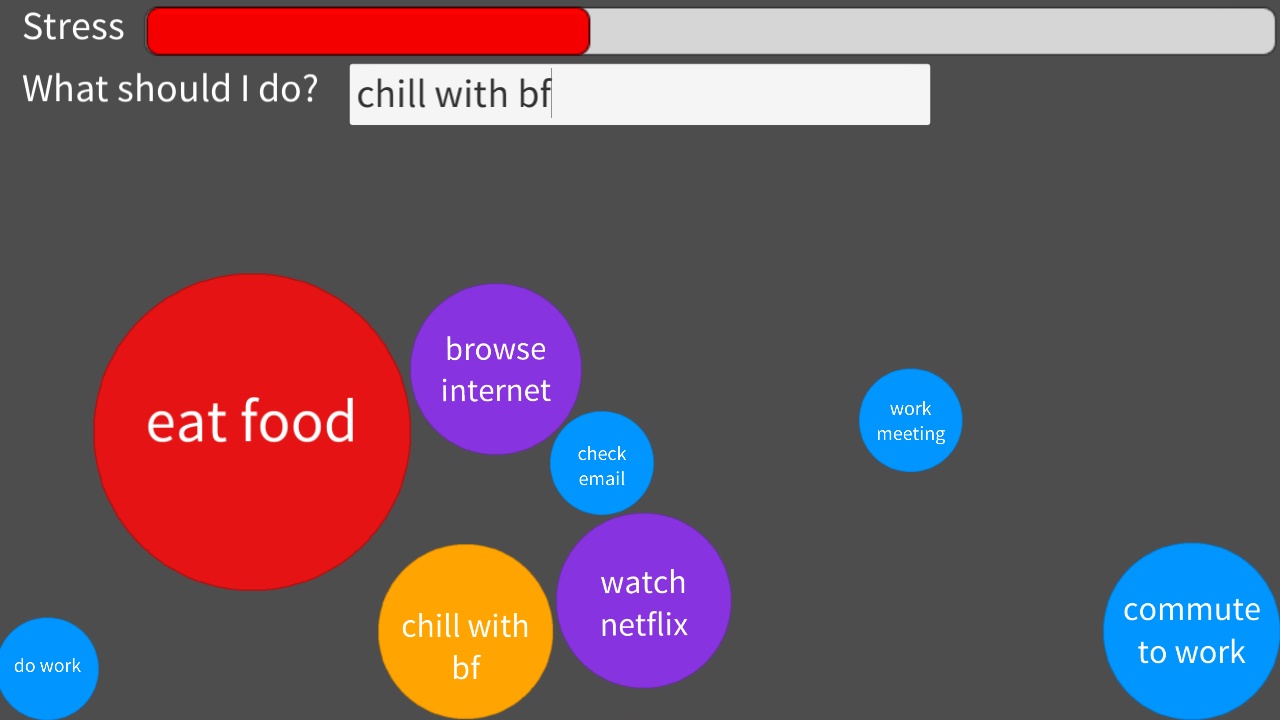 We are constantly being overwhelmed with tasks to be done in our lives.

This game critiques the nature of storytelling in AAA games. First the player plays a typical 2D shooter for 20 seconds, and then is shown a 3 minute cutscene from the Last of Us. Finally, the player is presented with a list of all the best "narrative" or "storytelling" awards The Last of Us has won. It points out how that game achieved its "good" story through cutscenes rather than through the fact that it is a game to begin with. 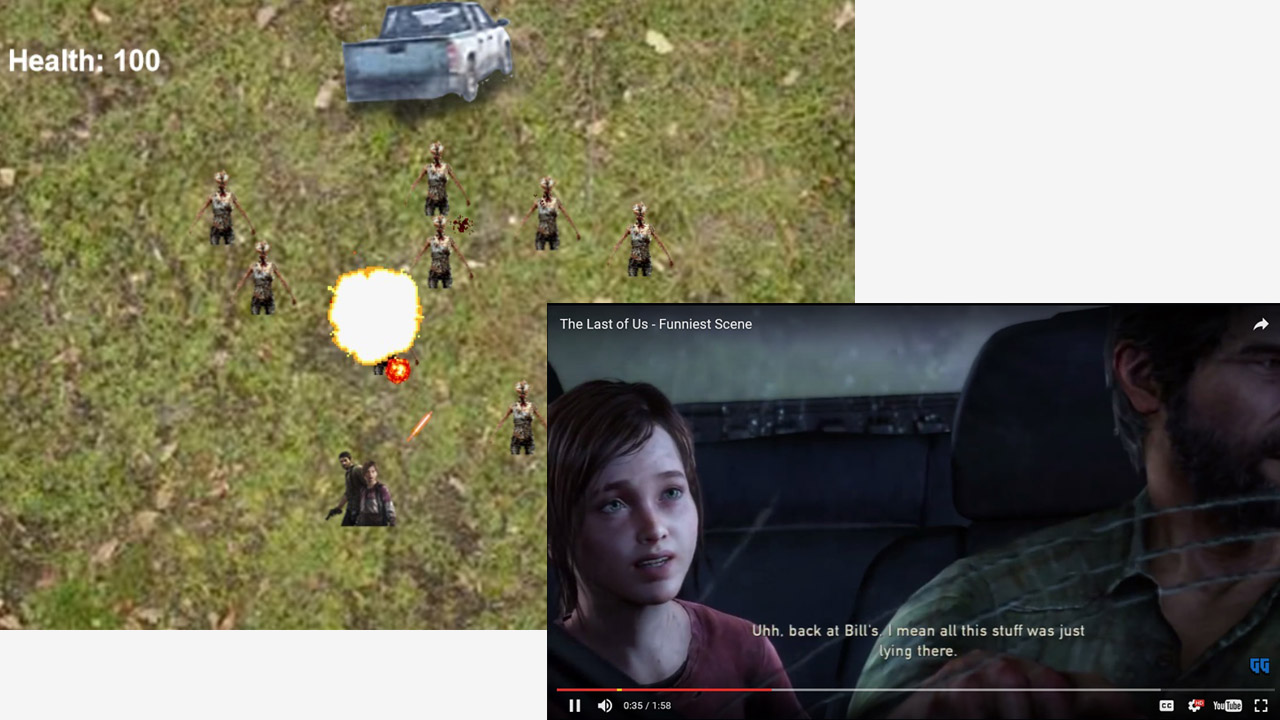 Best game narrative, including its funniest scene, is done through cutscenes rather than gameplay.

The player controls a boat in the ocean, tasked with collecting $1000. The fishes in the ocean only give negative ROI, but there is a 2% chance a whale spawns, and that's when the player can pounce on it and rip the money out of it. This game aims to capture the feeling of running a free-to-play game studio, which relies on exploiting the rare "whales" for most of their income. 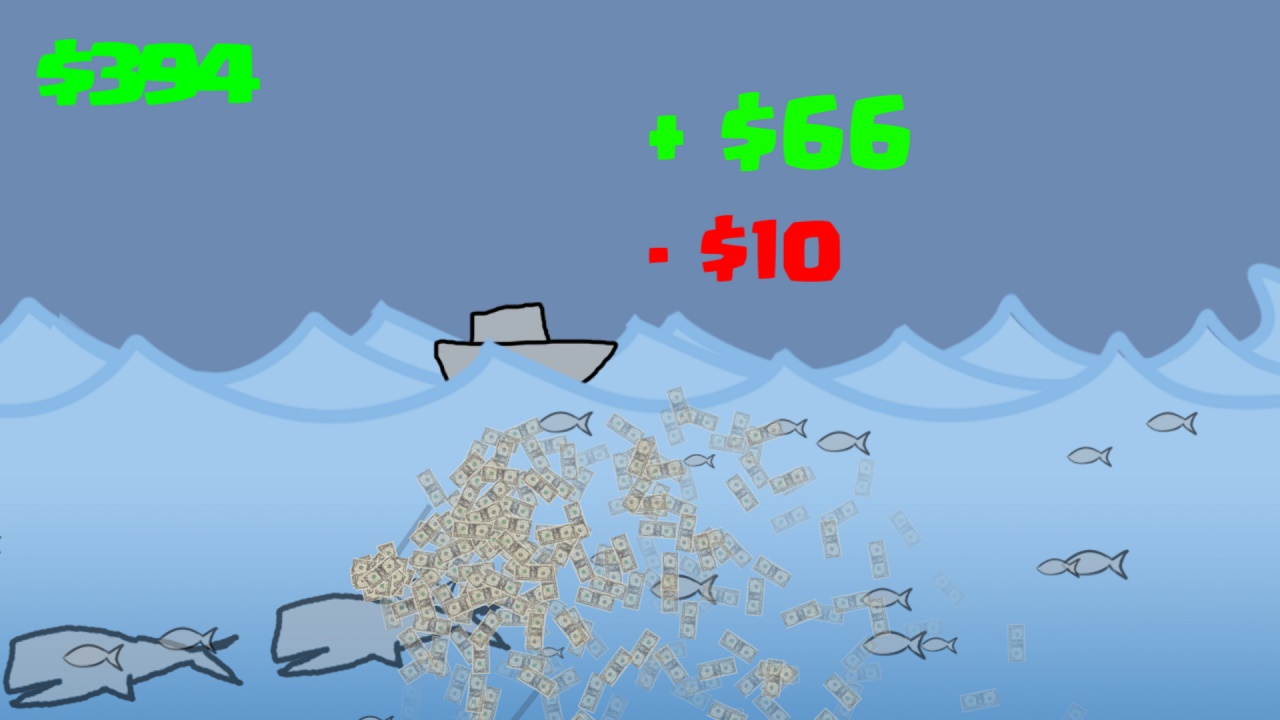 Harpoon the whale for loads of cash!

The player controls a gray blob among many in an endless tunnel. However, the player can explore colored detours to discover power-ups, but can only reach them by ripping off the player character's body parts to fit through narrow passages. This game asks the question of whether forcefully changing ourselves to become "better" is necessarily worthwhile. 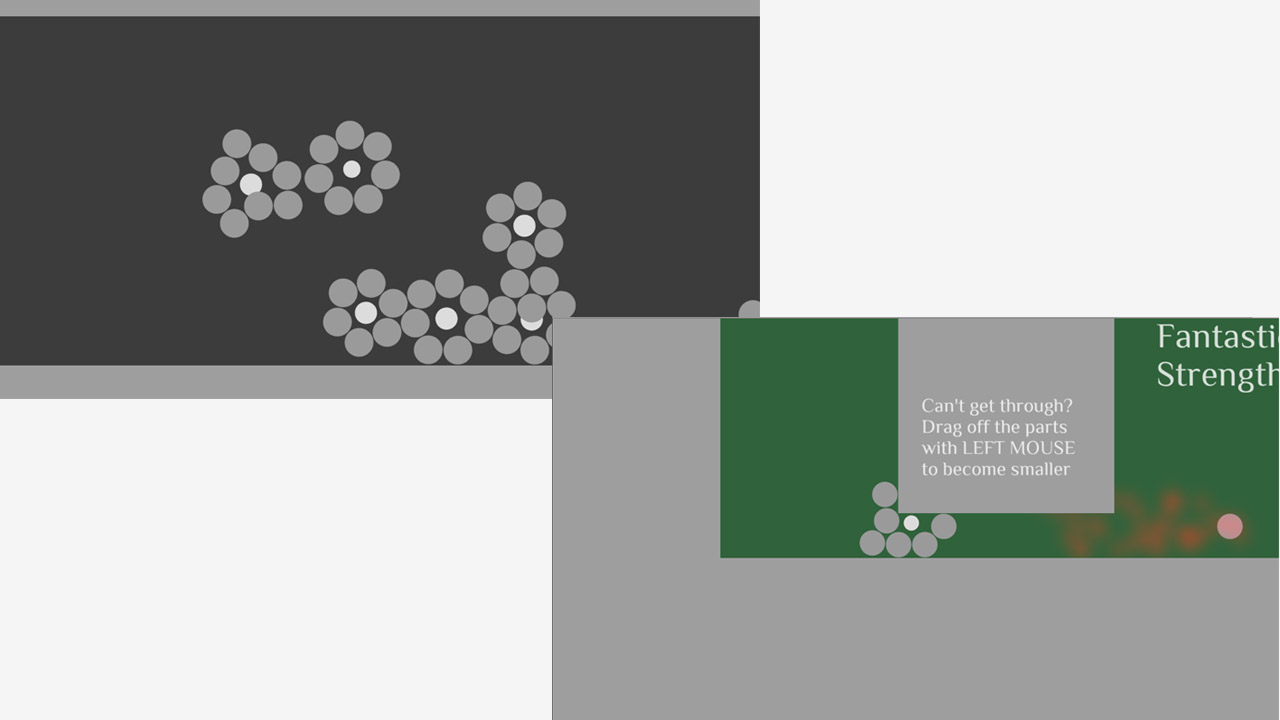 Discard your body parts so you can fit through passages to reach power-ups.