PRAISE allows art students in Japan with hearing disabilities to peer review each other's works via an iPad app. Students can review, rate, and annotate aspects of drawings. It is my research project for CMU's Human Computer Interaction Institute that I worked on from January 2013 to summer 2015. 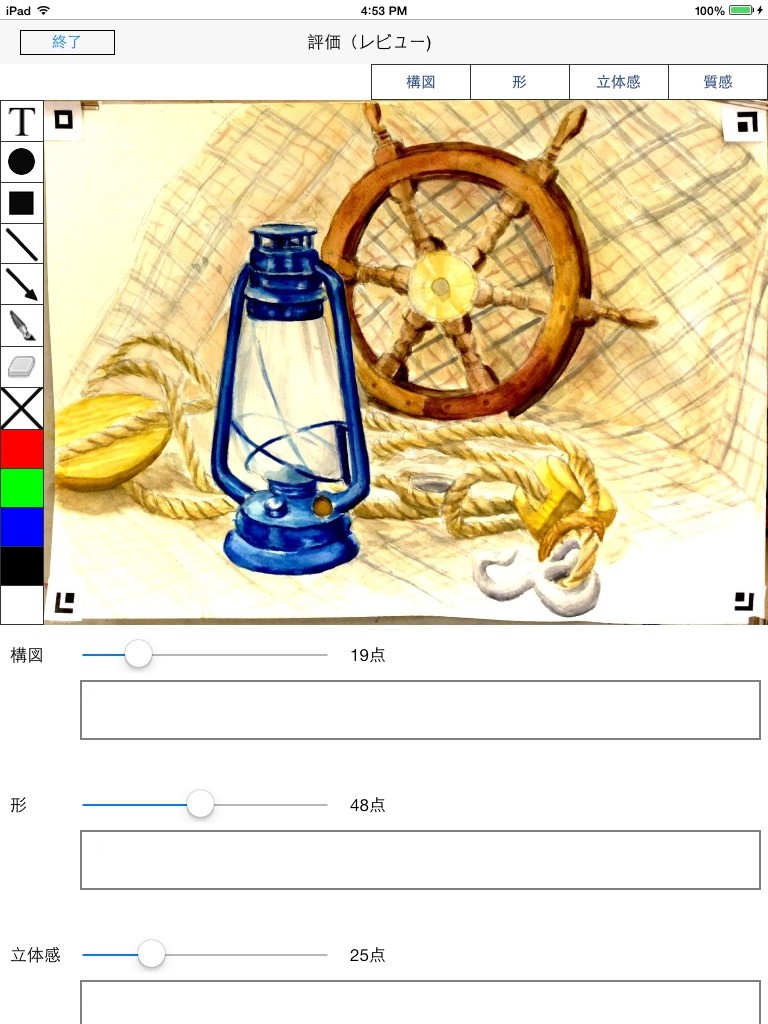 Annotation interface on the iPad

What Is It Written In?

The iPad app is written in Objective-C. The backend server is written in Python, and the frontend of the server for teachers is written in Actionscript and MXML. The data analysis is done in R. 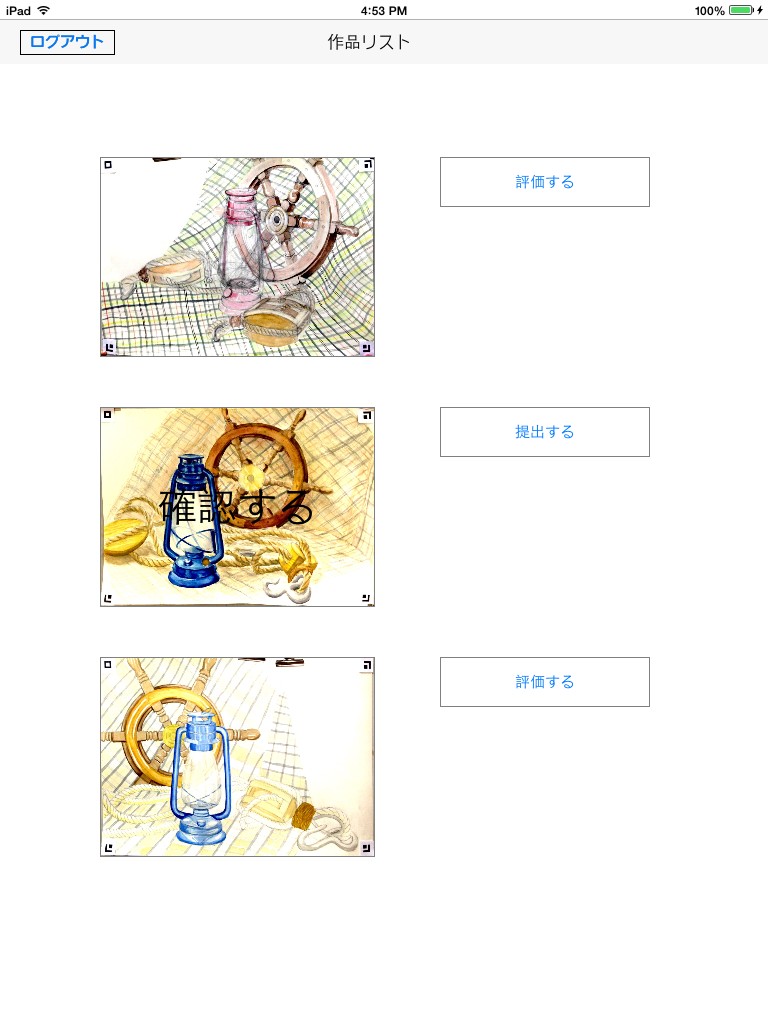 Work selection screen. The middle one is finished and can be submitted

In the first phase, I first designed the user interface of the app, starting from brainstorming to paper prototyping and finalization using an iterative process. Then I implemented the finalized design. At the same time, I improved the backend of the app and the server it uses to be more reliable and robust with more features, such as a deadline system. Finally, I revamped the documentation and setup process to be much more streamlined for teachers.


After we ran the study in Japan in summer 2014, I analyzed the data we collected. I hypothesized multiple possibilities of how students learned using the iPad app, and ran numerial analysis for each one to prove their validity.

Writing reviews at the bottom of the interface

I learned user interface design processes such as paper prototyping, iOS development and communication between programs via network. I also learned how to use Mac OS X, Xcode, and Flash Builder. Thirdly, I learned about the difficulty of communicating with groups across language barriers (I do not know Japanese) and the importance of documentation and instructions for people who are not the most proficient at computers. Finally, I learned to develop hypothesese and test them to tackle unanswered questions about art education. 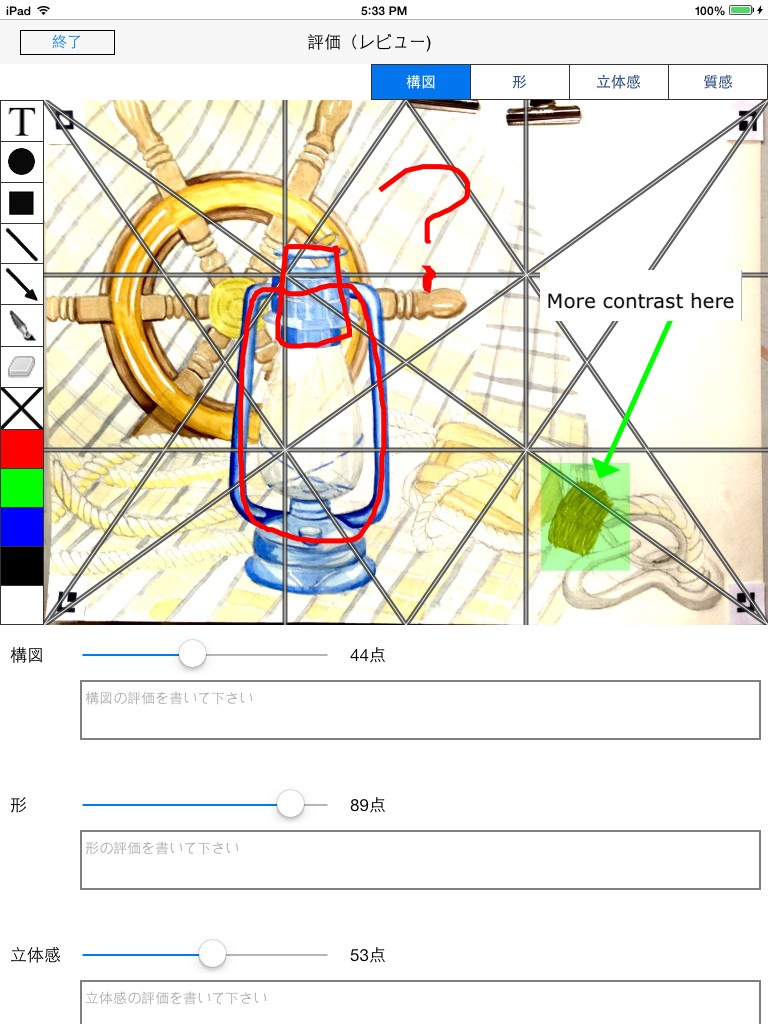 Example of an annotated drawing