So what does a game designer do when he turns 21? He makes "Long Live the King", a drinking game about deceit, trust and betrayal, where the main mechanics are accusing other players and smelling with your nose. 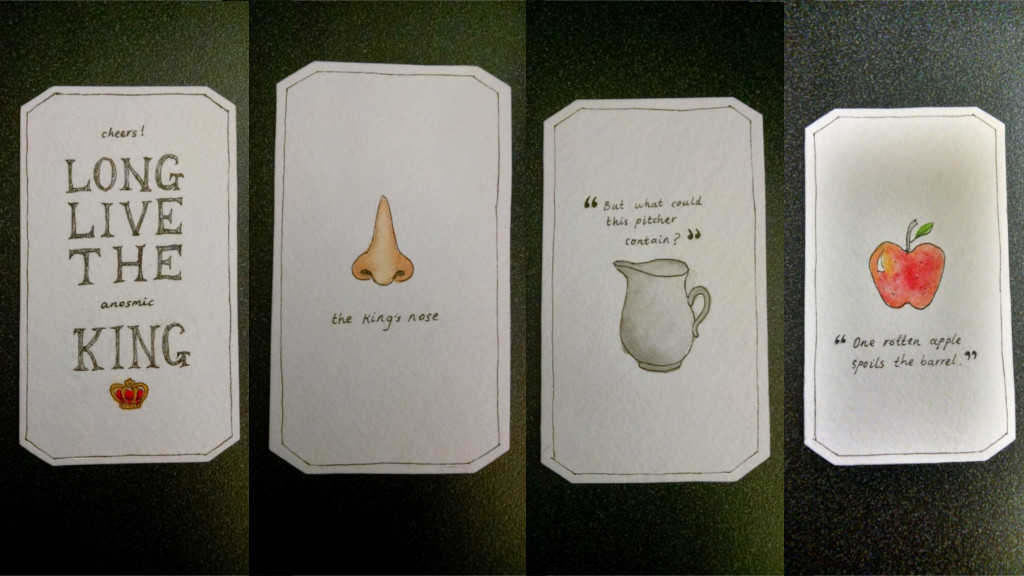 The deck consists of flavor cards and LONG LIVE THE KING.

The game is inspired by the fact that water and vodka look alike but smell very differently. From here, we constructed a scenario where a king who has no sense of smell is having a party with his subjects, half of whom are loyalists and half of whom are conspiring to poison him, but no one knows who is who.


At the start of each turn, players are randomly given 2 shots which could be either water or vodka. Players take their turns negotiating and swapping shots with each other. Conspirators try to make sure the king takes at least 1 shot of vodka per round, while loyalists must keep him sober. Everyone except for the king can smell the glasses to tell what their contents are.


At the end of each round, players toast by chanting LONG LIVE THE KING and take both shots that they have. If the conspirators poison the king with vodka for 3 out of the 5 rounds, they win, otherwise the loyalists hold. 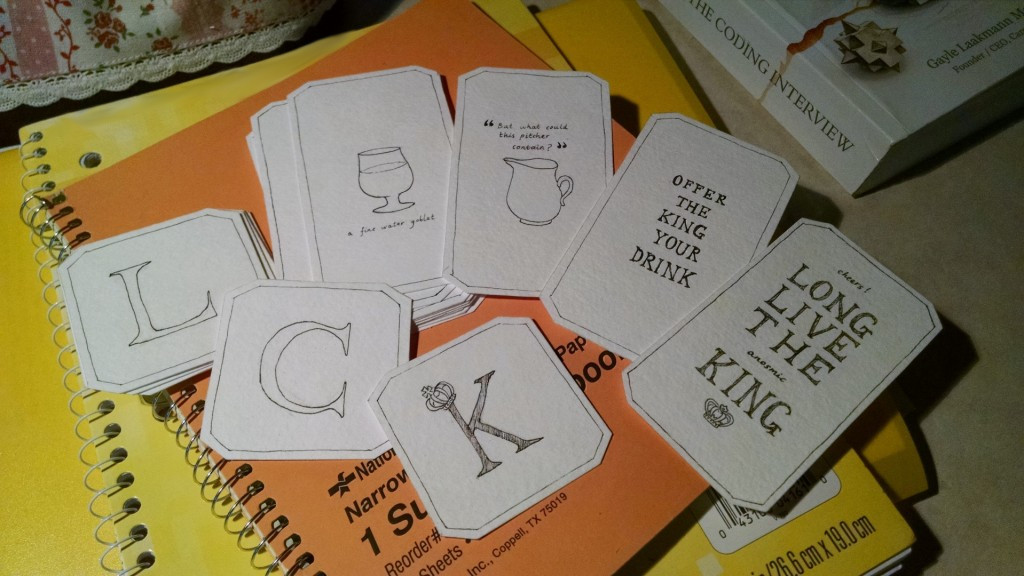 This game was made over the course of 3 weeks in a team of 4. We aimed to subvert the rowdiness of standard drinking games, and instead have players focus on calculations, strategy, and deceit, which get harder as the game goes on for obvious reasons. We were glad to observe interesting interactions emerging out of the gameplay, such as Loyalists struggling to decide whether they should take shots of vodka to keep the king safe (generally drinking is a punishment in drinking games). Lastly, smelling vodka is a pretty cool mechanic and we just had to make a game about it. 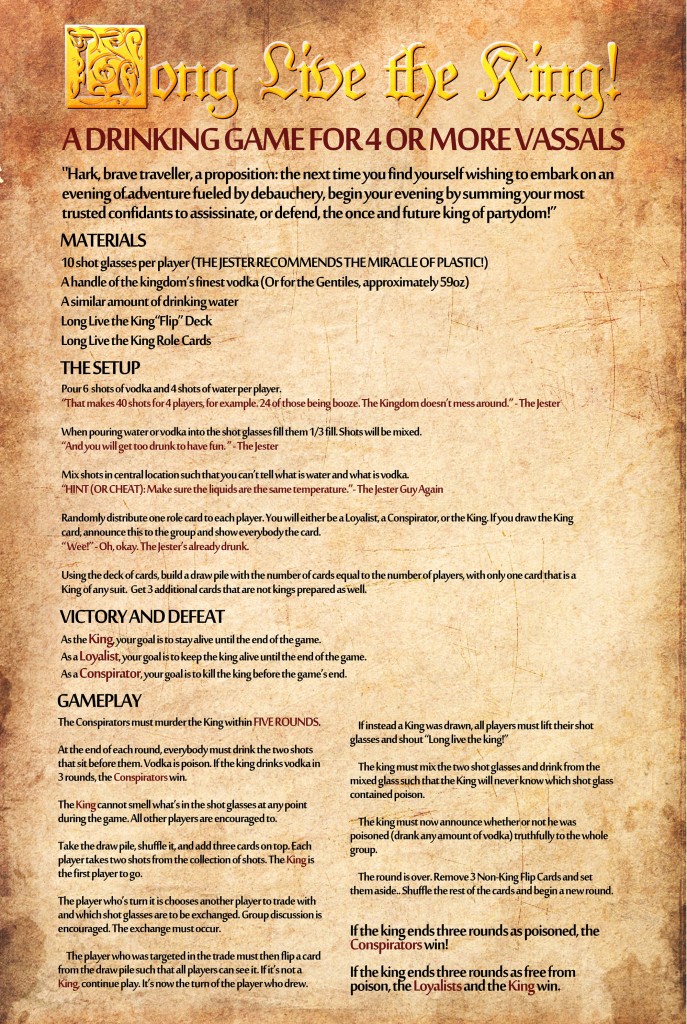 The rules of the game.

I learned to create a multiplayer competitive board game from scratch. The game went through many iterations, each of which needed to be playtested and tested for balance, so I conducted multiple sessions and collected data. Since most of the gameplay is based on emergent behaviors, I made sure the game is robust under all kinds of scenarios.