"Designing within Virtual Reality" is the title of my internship project at Autodesk during summer 2016, where I worked in the Office of the CTO research division.


 Overview of our objectives and what we accomplished.

Many VR projects focus on immersion, entertainment, or awe. However, because VR takes place in 3D space, it also has unprecedented productivity potential within a professional context, such as interior design, architectural previsualization, or 3D modeling. However because VR is a new medium, the interaction language is not yet defined. We aimed to answer the question of what makes sense, and what doesn't, for people working in virtual environments.


 The marquee menu is one of the weekly experiments we prototyped that took advantage of 3D space.

How Was It Made?

My team consisted of two software engineers (including me) and two designers. Each week, we would find unanswered problems in VR, brainstorm on potential solutions, and then rapidly prototype our proposal inside Autodesk Stingray and the HTC Vive. Throughout the week we would constantly collect feedbacks from both our designers and outside testers and iteratively improve upon our ideas.

At the end of summer, we combined our most successful ideas into World Builder VR, which is a VR application for building, manipulating, and spawning objects inside virtual environments such as apartments for interior designers or cities for urban planners. 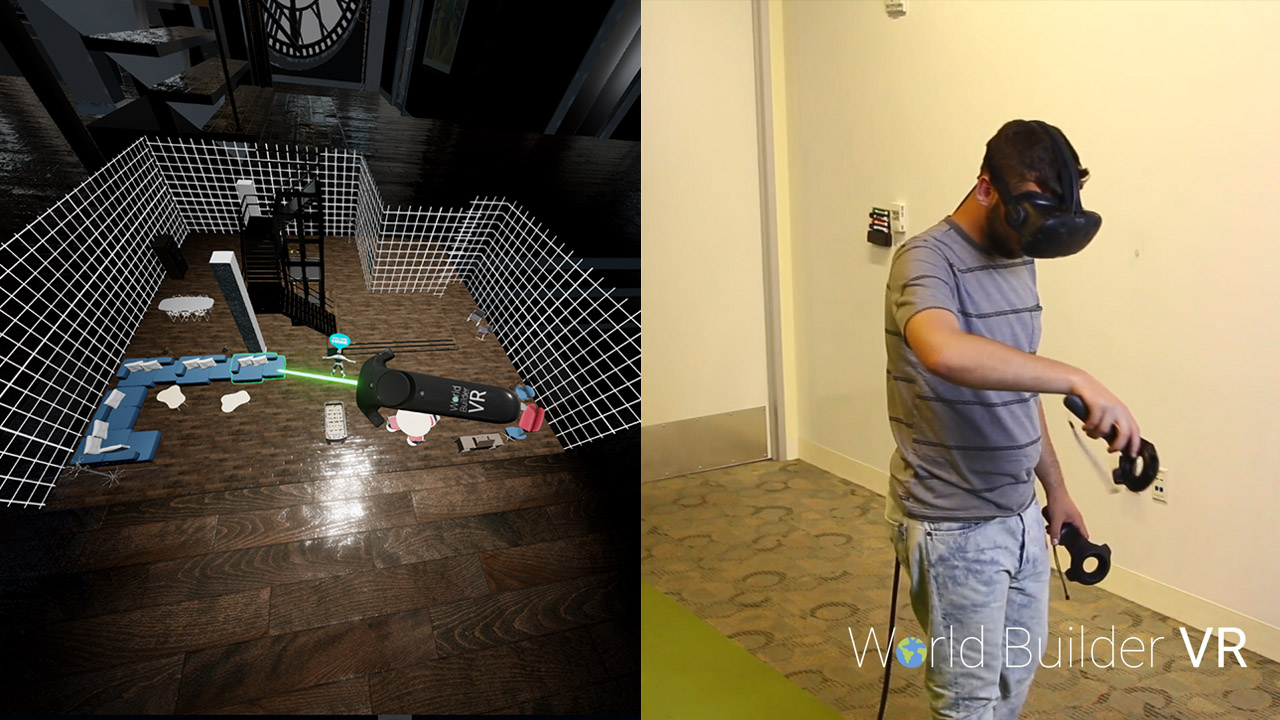 By opening up a 3D minimap, the user can perform most tasks without having to teleport around all the time.

Because I was in a research division, I learned to be self-directed in order to design and implement ideas that tackled unanswered problems inside the new VR medium. I also learned to communicate well with designers as an engineer, and be able to switch mindsets between that of a designer and an engineer on the fly. Thirdly I learned to present our works to many clients, from VPs inside Autodesk itself to external clients of the company. Finally, I gained experience working in VR, and learned a lot about what makes sense and what doesn’t inside this medium.