The player can tear a box open to cause it to spew color and music. However, the torture will slowly kill the box, so it will attempt to struggle in vain against the stronger player as it screams in pain and spews blood. If the player chooses to continue, they will end up with a dead, broken box lying in a pile of gore.


 A playthrough of the entire piece

What Are the Controls?

The player either uses the mouse or the touch screen to drag on the box to rip it open. After a certain amount of time, the box will forcefully retract itself. 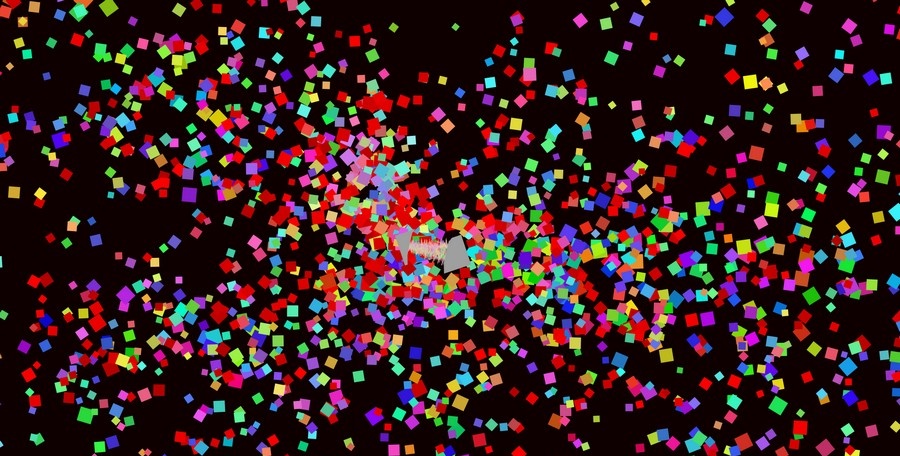 The box initially produces all kinds of colors

What Is It Written In?

"Black Box" is written in Processing. I made it with my partner from concept to finished product in 3 weeks. 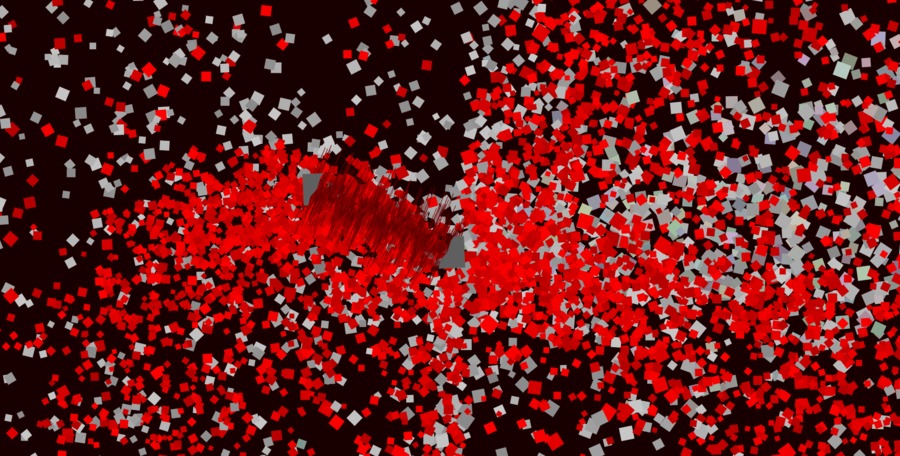 By the end, the box is torn and only spews red

We wanted to create an emotion arc where the player gains entertainment, in the form of color and music, at the cost of the life of an artificial creature. We wanted the player to feel ashamed and stressed at their actions upon realizing the pain they inflicted on the box. We drew inspirations from the Milgram Experiment to figure out how to make the player perform torturous virtual actions by slowly building up intensity.